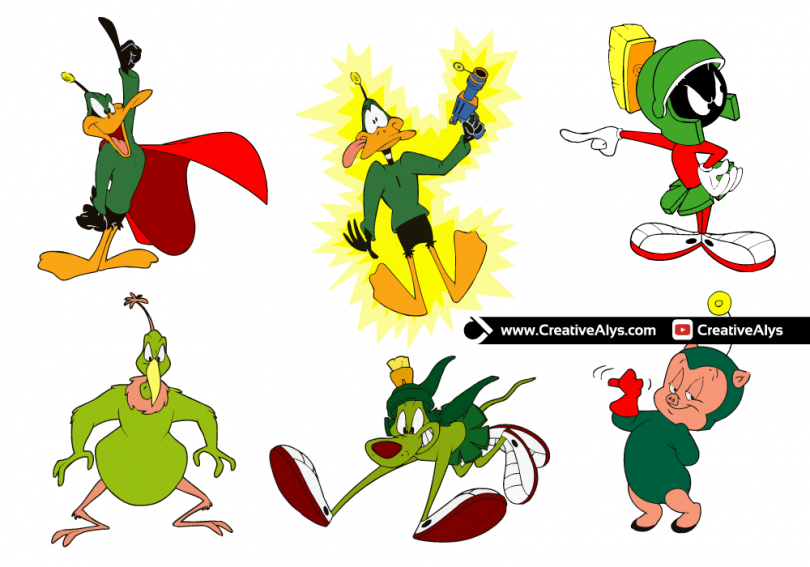 Duck Dodgers is an American animated television series, based on the 1953 theatrical cartoon short Duck Dodgers in the 24½th Century, produced by Warner Bros. Animation from 2003 to 2005. The series is a space opera, featuring the fictional Looney Tunes characters as actors in meta-fictional roles, with Daffy Duck as the titular hero. Here are some Duck Dodgers vector illustrations for graphic design lovers and cartoonists. Grab these vector illustrations now and feel free to share it. Also don’t forget to subscribe to our YouTube Channel to get more amazing stuffs and useful information.