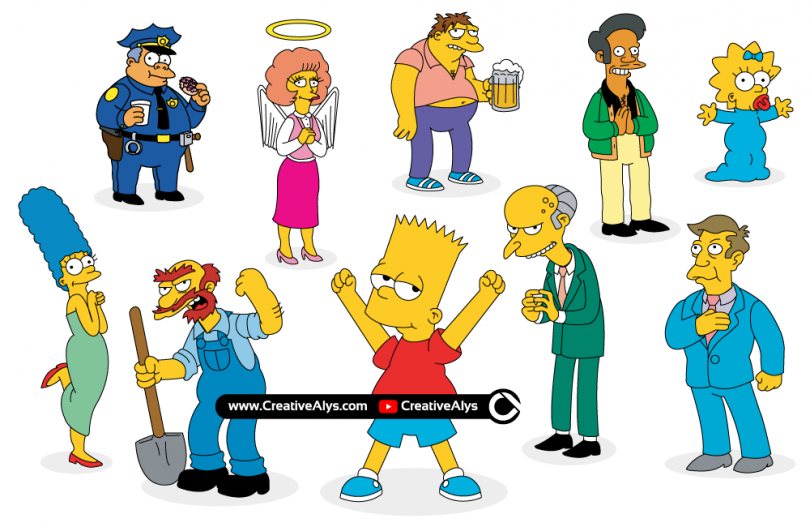 The Simpsons is an American animated sitcom created by Matt Groening for the Fox Broadcasting Company. The series is a satirical parody of a middle class American lifestyle epitomized by its family of the same name, which consists of Homer, Marge, Bart, Lisa, and Maggie. The show is set in the fictional town of Springfield and parodies American culture, society, television, and many aspects of the human condition.

The family was conceived by Groening shortly before a solicitation for a series of animated shorts with the producer James L. Brooks. The shorts became a part of The Tracey Ullman Show on April 19, 1987. After a three-season run, the sketch was developed into a half-hour prime time show and was an early hit for Fox, becoming the network’s first series to land in the Top 30 ratings in a season (1989–1990).

Here are some of Simpsons characters in vector format for graphic design lovers. Grab this freebie now and feel free to use and share it. Also don’t forget to check out our design shop for more great resources. Subscribe to our YouTube Channel to get more amazing stuffs and useful information.

Precisely Duplicate & Rotate Shapes & Objects around circle in Adobe Illustrator using this very simple method. I am sure, you would love to check this video tutorial:

How To Fade (Feather) Edges In Illustrator | Tutorial