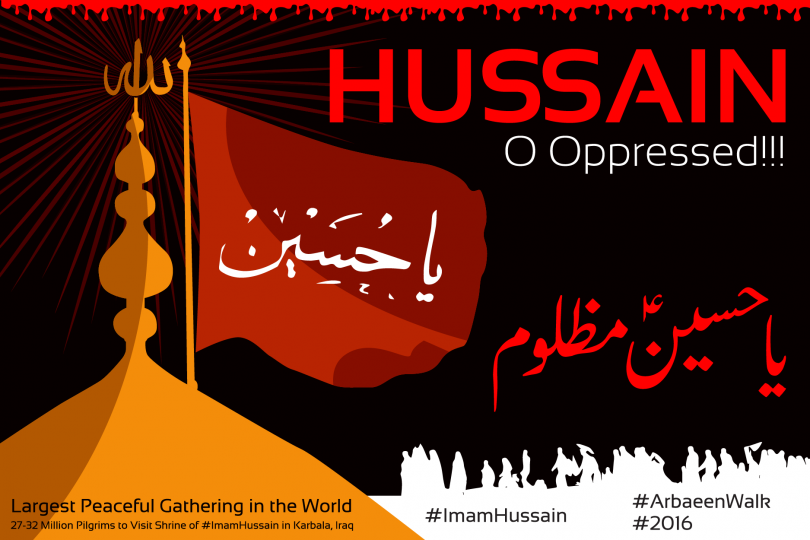 Arbaeen walk 2016 has started as millions of people from across the world are marching toward the Iraqi holy city of Karbala to perform the rituals of Arba’een, one of the most revered religious occasions on the Islamic calendar.

Arba’een marks 40 days since Ashura when Imam Hussein, the grandson of Prophet Muhammad, was martyred in the desert plains of Karbala along with his 72 companions 14 centuries ago.

Monday will mark the final day of the mourning for Imam Hussein who was martyred in a battle with the massive army of Yazid I after refusing allegiance to the tyrant caliph.

Each year, followers of other religious groups such as Christians and Sunni Muslims join the journey to mourn the martyrdom of Imam Hussein, the third Imam of Shia Muslims.

The occasion has found additional significance in recent years as it has become a rallying cry for the campaign against Takfiri terrorists who have frequently targeted the pilgrims.

Thousands of “mawakeb”, spots where tents are erected by volunteers, are set up along the way to serve the pilgrims food and beverages. Baghdad and much of the country south of the capital come to a standstill in the days preceding Arbaeen, as several major motorways are reserved for pilgrims on foot on one side and authorised vehicles on the other. Over 20 million pilgrims took part in the pilgrimage this year making it world’s largest peaceful gathering in the world history.

Here is a vector artwork for Arbaeen walk including AI, EPS, PDF as source files so you can customize it the way you want. Preview JPEG, PNG and GIF also included to share on social networks and high definition previews included too for your desktop wallpapers, flyers, banners signboards etc. Its free to use.