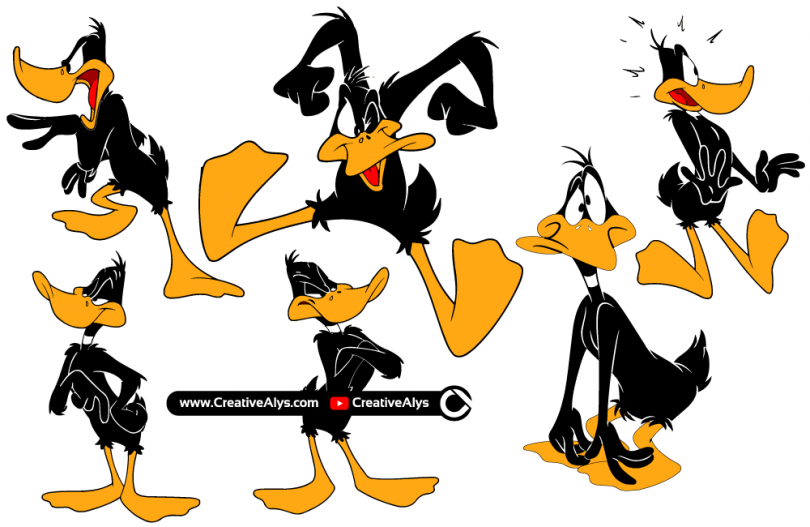 Daffy Duck is an animated cartoon character produced by Warner Bros. Styled as an anthropomorphic black duck, the character has appeared in cartoon series such as Looney Tunes and Merrie Melodies, in which he usually has been depicted as a foil for Bugs Bunny. Daffy was one of the first of the new “screwball” characters that emerged in the late 1930s to replace traditional everyman characters who were more popular earlier during the decade, such as Mickey Mouse and Popeye. Daffy was ranked 14 on TV Guide’s list of top 50 best cartoon characters.

Here are a few Daffy Duck vector cartoons that might be a great addition to your graphic design resource library. Daffy Duck illustrations are in vector AI, EPS and SVG formats to work with any media dimension without loosing the quality. Grab this freebie now and feel free to use and share it. Also don’t forget to check out our design shop for more great resources. Subscribe to our YouTube Channel to get more amazing stuffs and useful information.

Check out the video below to see how you can create an amazing Burst shape and effect in Adobe Illustrator using this quick and easy method. Watch now: